The global business conference network with a new strategy for gender equality.Press release by: Ceretai and D:PULSE 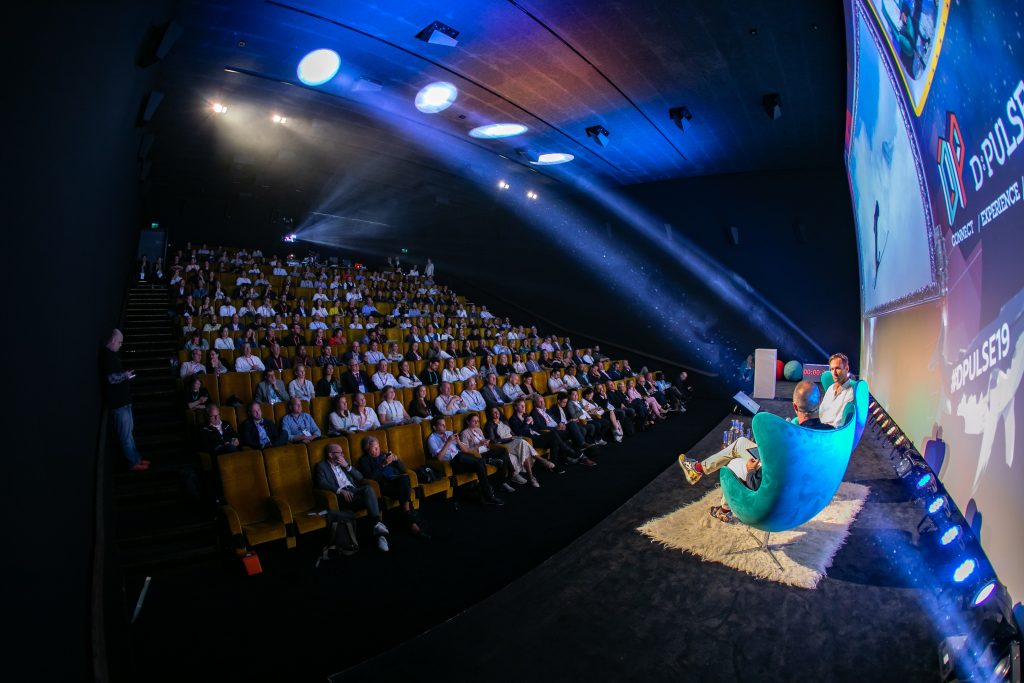 ZURICH. On the 21st of August the first edition of the D:PULSE conference show took place in Zurich, Switzerland. The conference describes itself as a “boutique conference with sustainable impact”, and has its spirit and its genius from the two co-founders of the large annual DMEXCO conference in Cologne, Germany. However, D:PULSE is entering a different event path and is doing something new that other events aren’t – it is taking a completely new position when it comes to equality. For the first launch, D:PULSE teamed up with tech startup Ceretai to analyze the gender diversity of the one-day conference show.

“It’s really nice to see that a conference takes responsibility for self-monitoring their content”, says Matilda Kong, CEO and co-founder of Ceretai. “Everyone is talking about sustainability, and diversity and equality are definitely components in our communal sustainability efforts. Awareness of this is finally starting to spread and D:PULSE is setting a great example.”

The attitude of the marketing, tech and sustainability focused conference and its Executive Partner Christian Muche is that it goes without saying that equality and diversity should be on the sustainability agenda. “We have a responsibility as organizers and business network to not just take the easy road, but ask the uncomfortable questions about what we are actually portraying to conference visitors, to the entire industry, and to the rest of the world”, Muche says. In some way, that might indicate that the conference’s slogan “it’s about context, not content” is not entirely true – D:PULSE does, indeed, focus on its own content when it comes to gender diversity. “We have been very active in finding great female speakers to D:PULSE, and making sure we give them just as much space as men. This all happens behind the scenes and we are not setting nor shouting out any fake milestones – it just needs to be done.”

So what, then, did Ceretai’s analysis show? First of all, 45% of the appearances on the main stage were made by women – a good number for any conference. This included everyone on stage: moderators, panelists and keynote speakers. However, only five out of 18 sessions had female majority, compared to ten with male majority and three with equal amount men and women. And if you dig deeper into the data more valuable insights start to show: female speaking time during the day only amounted to 27.5%, and while women were overrepresented as moderators, they were greatly underrepresented as speakers and so-called Thought Leaders.

Amount of men and women on stage in the roles of moderators and speakers.

“This just shows that we as organizers have to do better, in collaboration with the participating brands”, Muche says. ”Even though we think we are nearly equal, the data suggests otherwise. This was an aha moment for us, and I encourage other organizers to take some time for serious self-examination. Do we really know what it looks like or do we just think we do? I also encourage companies to follow our call and send more female leaders to the stages.”

So how would one go about to take Muche’s advice? One way is of course to make use of the technology available within the young but growing industry called diversity tech. This industry is focused on using technology to support us in making sustainable, unbiased and non-discriminating decisions, and to neutralize the unconscious biases that we carry. But how does it work? Matilda Kong explains: “We use machine learning algorithms to automatically identify men and women in video and audio files. This allows us to get real statistics instead of relying on our gut feeling, which is unfortunately often wrong. We can apply our technology on any video or audio file; a news show, a cinema movie, a recording of a meeting or a conference; and soon we will also be able to generate other diversity-related data such as how we portray different people, measured by which roles they have and who gets to talk about what.”

In summary, the D:PULSE conference series is demonstrating a true and sustainable effort to work with innovation and a will to pioneer the conference industry. According to Christian Muche, this is the first step towards setting the standard for diversity in conferences all over Europe and worldwide.