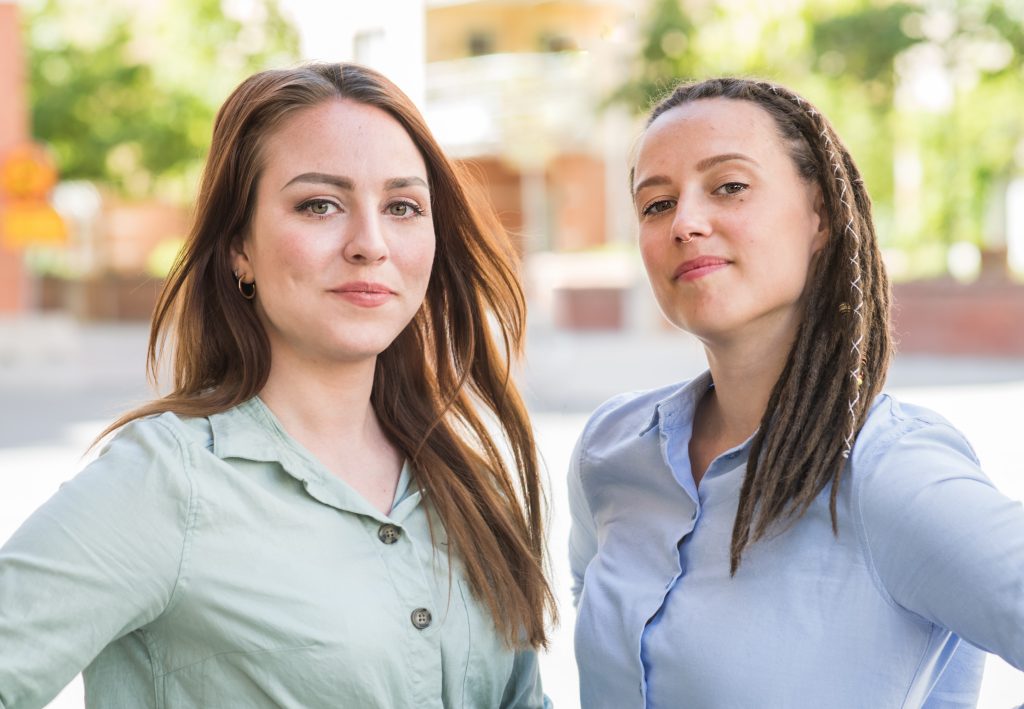 When Laura Cereta was working on her early feminist letters in 15th century Italy, she would have never imagined that hundreds of years later she would be the inspiration to the name of an innovative tech company that advocates diversity. And that by just adding a single “i” to the end of her name, you would get a referral to one of the hottest buzzwords of the early millennium – AI. We assume that she must have been very proud.

Ceretai is the story of two people with a passion for social change, thoughtful use of artificial intelligence, and an act of courage to step outside of the box, who created the first diversity tech start-up and commenced on the journey to transform the media industry.

Matilda Kong and Lisa Hamberg had to meet twice in life to realise what they were capable of doing together. As kids, they attended the same school and played ice hockey together in the six-month-winter country of Sweden, but at some point, their ways had parted.

Before Ceretai was born, Matilda had a career in business development, while Lisa was leading projects as a software developer. However, in fall 2017, things started to shift for them.

As the #metoo campaign was unfolding in Sweden Matilda found herself deeply affected by the stories and wanting to act, but she wasn’t able to do so within the scope of her then employment. So she decided to quit her job.

“I strongly felt that our unawareness of bias and our extreme prejudice towards women and equality were the root problems behind the traumatising events that led up to the campaign,” Matilda says. “And I realised that there must be an arena where my passion for gender equality, my interest in technology, and my education – a combination of technology and business development – could be put together to solve this.”

Matilda had already found it frustratingly hard to find media content that didn’t contain sexism or stereotypical portrayal to some extent for years. As a consumer and audience she was starving for content that applied to her values. Matilda started to investigate if this was a common observation and came to the conclusion that people around her were also craving content that was aligned with their values.

Empowered by these learnings she started to search for people to help her take on the challenge. And that’s when Lisa and Matilda reconnected around the same idea by coincidence. With Matilda’s business sense and Lisa’s technical know-how, they were ready to turn the idea into reality.

Lisa, how did you become a co-founder of Ceretai?

Lisa: By that time I was working as an IT consultant, which I had been doing pretty much since I graduated from high school. I had been quite a career-focused person. But at one point when I was working with yet another consulting project, I realised that whatever I was doing there was not making any difference for anybody. And it didn’t make me any happier how much money I put in my pocket.

As a developer I was moving buttons around on web pages just to increase sales, I was involved in the materialisation and monetisation of a big company. I felt that doing a job that didn’t apply to my values was one of the reasons why I was not happy at that point in life.

When I found myself with this new mindset I went looking for something more value-based, and that’s when I saw a Facebook post from Matilda saying that she was looking for people: maybe co-founders, maybe part-time workers, freelancers… she seemed to be very open to anything. She explained her idea pretty briefly in this post, with only a couple of sentences: “I want to do something by using technology to improve diversity within media content”. It was a short mission line, but I immediately fell for it.

I consume a lot of media content. However, I hadn’t been one of those people who put too much thought into what they watch, as Matilda had, and it was an eye-opener. I realised I could use my knowledge of technology for this great cause.

How long did it take before you had the first product in place?

Matilda: We started working together at the beginning of 2018, and we had the first prototype that summer. Then we pivoted, and instead developed a prototype of a product that is pretty close to what we have today. It took us almost a year to release.

During this process, we came to the conclusion that we need to support the media industry in this transformation towards more diverse content with fewer stereotypes. We realised that even if we had the support of the audience, it was difficult for the media companies to adapt.

Lisa: In the beginning, we had a product that was more directed to consumers, but we realised that if we want to fulfill this mission we have to go directly to the media houses. And even though the actual product changed many times, what stayed untouched is the most important part of our work – our mission to change the media industry.

And even though the actual product changed many times, what stayed untouched is the most important part of our work – our mission to change the media industry.

You released a very successful campaign with BBC last year around gender diversity in the Game of Thrones series. How would you describe this experience?

Lisa: It was extremely encouraging and I still don’t think we know exactly how big of an impact it had. We still hear about it today, and it showed just how much power this type of data has in the news media. We might be aware that women are under-represented, but when we see exactly how little they actually get to speak (in Game of Thrones 75% of the speech was male) this does something with us. I feel that the audience also realised that they need to actively think about what they consume.

Why is the time right now?

Matilda: A window of opportunity has opened. There is more focus on gender equality and other types of diversity than ever, in part thanks to the Me too campaign. However, in terms of technology and how we can use this, the approach is very new and we are truly pioneering the field. We know we are first movers. We know we are doing the right things, but because we are early we need to take a big responsibility in educating the industry.

We know we are first movers. We know we are doing the right things, but because we are early we need to take a big responsibility in educating the industry.

Lisa: It has been proven to us along the way that this is the right time. We have financial support from Hamburg City in Germany and the Swedish innovation agency Vinnova, support that says “this is needed”. It is only a matter of time before initiatives in diversity tech accelerate and legislation on the topic comes.

What is the short term goal that the team strives to achieve right now?

Matilda: Bringing awareness of the necessity to measure! Everyone knows that we have to promote sustainability by measuring CO2 emissions, but we don’t measure diversity. So that is the number one priority: making people and the industry understand the need. And secondly, it’s extremely important that we establish a standard of what exactly to measure in order to break our unconscious biases. It is not enough to simply count how many men or women are represented – we need to go much deeper in what and how to measure to make a genuine impact.

When would you consider your mission completed?

Matilda: When every media company has a diversity partner. When they know that they have to report on diversity, just like they do sustainability reporting. When they know they have to monitor and follow up on the issue. And finally, when all audiences have access to a diverse media landscape and can decide on what to consume based on their personal values.