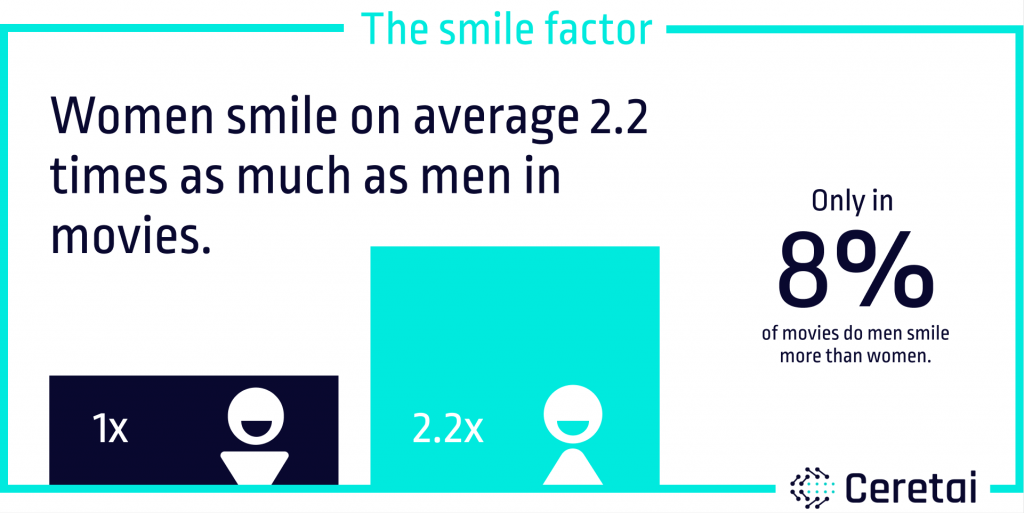 By Matilda Kong, CEO of Ceretai

International Women’s Day on March 8 often comes with a whole lot of “congratulations!” from people of all genders (although, in my very subjective opinion, it seems that among non-binary people this Freudian slip occurs to a lesser extent than with other genders).

Among those who do not express a happy “congratulations!”, there is also a small but growing group who don’t consider gender inequalities to exist any more (at least not to the disadvantage of women), particularly in Scandinavia. Some of these instead mutter about the “need for” or “fairness in” having an International Women’s Day at all.

As you can imagine, we at Ceretai believe there is a need for this day. We also believe that a happy “congratulations!” may not be the ideal way of dealing with the results of our recent study that can be found further down in this post.

In fact, in some feminist communities, saying “congratulations” to a woman on International Women’s Day is comparable to saying the same to a random Christian person on Good Friday. I would like to make an attempt at explaining why.

International Women’s Day was established in 1910 as a strategy to promote equal rights for women. It was founded by female revolutionary activists who fought, among other things, for the right to vote. During the entire 20th century it has been a day of protests, strikes, marches and the like, but in the past decades, it has turned more into a commercialised day of “congratulations” in our part of the world.

We at Ceretai think it should be possible to celebrate women’s achievements while also recognising that we still have a long way to go. We need to keep calling out inequalities and creating awareness around them – whether they are inequalities towards women, men, non-binaries, or any other of the seven grounds of discrimination defined in Swedish law* on which we base all of our data and analyses.

We do this particularly in the film and TV industries. We recently completed a study of Swedish and international movies from 1970 onward, where we complemented our automated machine learning analysis with looking at Bechdel Test scores**, comparing plot summaries on IMDb, and studying movies’ financial success.

And like so many times before, the results are unfortunately still disadvantageous towards women.

Results from the study

First, we looked at available statistics from the Swedish Film Institute between 2012 and 2018 (which is when they started collecting gender data on all movies shown in Sweden). Our first conclusions:

While this is of course a small dataset, it does tell us that the gut feeling of many within the film industry, that if you want to make a really successful movie you should cast Mr. so-and-so, should not be taken as a truth.

When looking more closely at the actual content of these movies and their portrayal of men and women, we stumbled upon a very interesting find that we call the smile factor:

What this last point actually tells us is very interesting; why do we as audiences prefer women to smile twice as much as men? It’s a hen-and-egg question – is it because we are taught to like this from the movies we see, or do we make movies that way because audiences like it? Personally I think it’s both, and the smile factor says something about our unconscious biases as well as our movie-making. We all need to ask ourselves if we are okay with these different expectations on men and women.

We all need to ask ourselves if we are okay with these different expectations on men and women.

We then looked at 8000 movie plots at IMDb to see what these movies were about and how they were described. 695 of these movies had four men in the four main roles, and 213 had a top-four cast that was all female. Based on keyword analysis of these plots we could conclude that both movies with male dominance and movies with female dominance reinforce stereotypes.

Of course, since these are user-generated descriptions, we can ask ourselves whether this is rather a measure of how stereotypically the clientele of IMDb describes movies rather than how stereotypical the movies actually are. Either way, with IMDb being the world’s largest and most popular movie site, this is a problem.

We then looked at the Bechdel Test scores of these 8000 movies, to see if this could help us distinguish movies that defy stereotypes.

We have also put a lot of work into defining criteria for movies that break the norm. When comparing these criteria to the financial success of the movies, we actually do see some optimistic results! In the past five years, the financial success of movies that break norms has increased dramatically among the top performing movies in Sweden. From only 15% between 1999-2013, norm-breaking movies now make up more than half of the top performing movies in Sweden every year.

From only 15% between 1999-2013, norm-breaking movies now make up more than half of the top performing movies in Sweden every year.

Something worth mentioning about this part of the analysis is that almost a third of the movies that were labelled as norm-breaking in this dataset (1970-2018) are adaptations of Astrid Lindgren books. We have Pippi Longstocking, Ronia the Robber’s Daughter and the perhaps less internationally known but very loved Lotta on Troublemaker Street. Imagine what the world would have looked like without her!

So to conclude, the most important finding of this study is that the audiences are ready for a change. They are hungry for more movies questioning our normative world, the traditional narratives and stereotypical portrayal. Even though this is of course not the only factor determining the success of a movie, mapping out and understanding what we are watching is immensely important. And until we see real equality and diversity on screen, let’s keep International Women’s Day, but without congratulating women for being born with a vagina.

Towards more diversity in movies – Finding content that breaks the norm